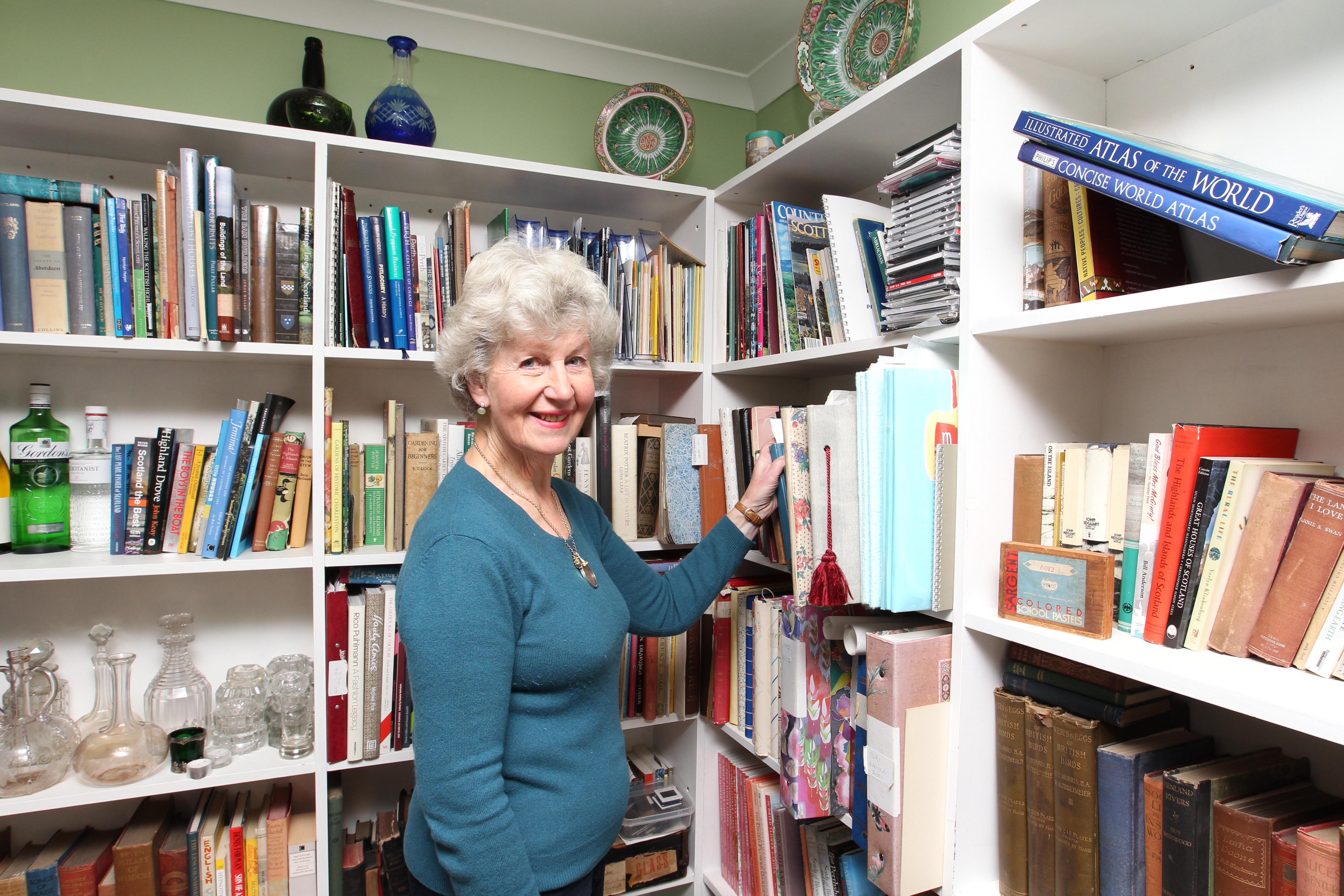 Thanks to Ann for taking the time to answer our interview questions. If you liked this post, please feel free to share it.

Are there any sites of special significance in this area?

Within the grounds of Dunkeld House Hotel is the site of the Pictish hill fort known as Kings Seat. It has the Gaelic name Dun Chaillean, Fort of the Caledonians, from which the name Dunkeld was derived. These place names imply an early importance for the area of the later town stretching back into the Iron Age. An archaeological dig is being arranged at the site this year.

Dunkeld is an incredibly significant battle in the history of 17th century Scotland. It was a very rare urban battle and nearly all of the town was destroyed. The heavily outnumbered Government troops, the Cameronians, defended the town and prevented the Jacobites advancing any further south. This turned the tide of the First Jacobite Rising which had thus far gone badly for the Government after the Jacobite victory at Killiekrankie.

The arrangement for financing improvement projects at that time was for Government paying half and the local Landowner paying the other half. The bridge was estimated to cost £15000. Government paid £7500 and the 4th Duke of Atholl was required to pay the rest. Costs spiralled and final cost was nearly £40000. The Duke of Atholl tried to recoup some of his losses by imposing tolls. These were very unpopular and there were a number of riots until the tolls were removed in 1879.

The bridge was built as an arc rather than a humpback which was a revolutionary new design used by the famous Scottish engineer Thomas Telford. The Tay is the fastest flowing, most powerful river in Britain. Telford designed the bridge wide enough for 2 horse drawn carts or carriages to pass on the bridge. With the foundations and towers built strong enough for the river spate 40 tonne lorries can use the bridge today.

Do Dunkeld & Birnam have any special customs or do anything funky?

Birnam Highland Games, held in Little Dunkeld, is one of the oldest, continuously run Games in Scotland. In addition to the usual highland dancing, piping, running and heavy weight events they host the World Haggis Eating Competition. Always held on the last Saturday in August.

On the second Saturday in December Santa Day is held. Santa is driven on a reindeer pulled sled from Birnam, over the bridge, and into the Cross at Dunkeld. He then moves into his grotto handing out presents to the children.

Do you have any genealogical resources that we can use?

The best starting point for any genealogy work is the Community Archive in Dunkeld. It contains a fast growing collection of photographs, records and memorabilia relating to the Cathedral and community of Dunkeld and Birnam, including census records and tombstone inscription of the graveyards in the parish. The regimental records The Scottish Horse are also held there. It’s run part time by volunteers so contact them to check opening hours.

Are there any funny or weird characters in the Dunkeld & Birnam history books?

Alexander Stewart, 1st Earl of Buchan, died in 1394 and is buried in the Cathedral. His tomb, topped by an effigy in armour, is one of the few Scottish Royal monuments to have survived from the Middle Ages.  The bad news is that this man is up there with the worst of the many unpleasant characters in Scottish History. Brother to King Robert III he abused his power and led a campaign of terror in the north east including the destruction of Elgin Cathedral. He earned the name, Wolf of Badenoch.

< Back to all articles