Follow in the footsteps of notable visitors of the past including Wordsworth, Mendelssohn and Turner as you wander around this magnificent designed landscape with its dramatic natural features.

This stretch of magical Perthshire forest was originally designed as a pleasure ground in the 18th century for the Dukes of Atholl.

Douglas firs tower over the paths leading to the roaring Black Linn Falls, where the River Braan crashes down into the deep, foaming pools below.

Overlooking the waterfall is the picturesque folly known as Ossian’s Hall, built in 1757 as the focal point in an extensive designed landscape. Decorated with mirrors, sliding panels and paintings, it has been refurbished to re-create the illusions of shock, surprise and amazement that were the aims of the folly’s original design. It makes a fine spot to contemplate the roaring, tumbling falls.

• Look up! The giant Douglas firs here are among the tallest trees in Britain.
• Come face to face with the thunderous Black Linn Falls – best viewed from Ossian’s Hall.
• Breathe in the earthy woodland and tang of pine needles as you wander along the banks of the River Braan.
• Look out for the totem pole hidden in the woods – and red squirrels darting about in the tree tops.
• See salmon leaping up the falls in autumn as they head to spawning grounds further along the river. 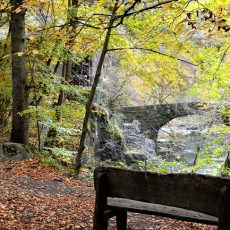 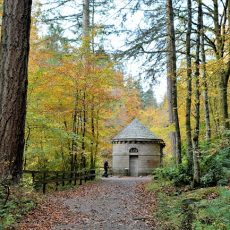 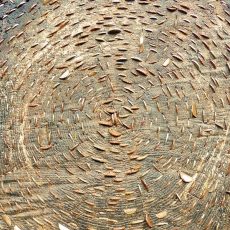 Open all day, every day of the year!