The church in Dunkeld has been around a very long time dating from the time when Celtic monks set up a base for mission where the River Braan joins the River Tay. Since then it has seen many changes and turbulent times, eventually becoming the beautiful, peaceful place of worship it is today.

The present Cathedral dates from 1318. Partly destroyed during the Reformation (1560), the choir is roofed and now serves as the parish church for regular Sunday worship. The rest of the cathedral is ruinous, but is preserved as an Ancient Monument in the care of Historic Environment Scotland, who are also responsible for the grounds.

Historic Environment Scotland informs us that Dunkeld Cathedral is an ancient sacred place. There is a Pictish monastery on the site before the cathedral was built, and the site remains in ecclesiastical use today.

Kenneth MacAlpin had relics of St Columba brought to a specially constructed church at Dunkeld in 849. Repeated Viking raids had made their original home of Iona unsafe. This early church is long gone, but there are carved stones which attest to this early activity. These include the ‘Apostles Stone’, dating to the 800s. But the Vikings soon also raided Dunkeld, and so the focus of the Scottish Church moved further east to Kilrymont, now St Andrews, in the 900s.

The Church of Scotland had fallen out of step with western Europe. In 1114 David I reorganised the bishoprics in Scotland, and Cormac was named the first bishop of Dunkeld. He held the post until about 1132.

Abbot Myln’s history lends considerable detail to our understanding of the cathedral’s furnishings and development of its rituals. There is also a contemporary account of the ‘cleansing’ of the cathedral during the Reformation.

Construction of Dunkeld Cathedral took about 250 years, from the mid-1200s to the late 1400s, though little work was carried out in the 1300s. Major phases of building include:

By 1810, the cathedral grounds were part of the policies of Dunkeld House, an outstanding designed landscape created in the 1700s and further enhanced by the dukes of Atholl, who also initiated restoration works on the cathedral. 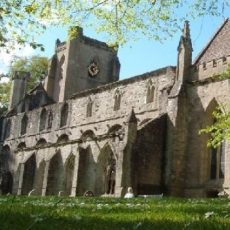 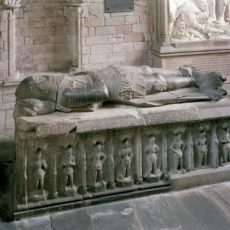 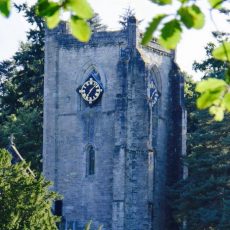 Parking is available near to Dunkeld Cathedral